Although pruning guidelines stipulate that branches should be pruned just beyond the branch collar, there is no scientific basis on which to make recommendations for target pruning cut locations on branches that lack a visible collar. Thus, the objective of this study is to determine how to best prune branches that lack branch collars to limit the advance of discolored/decayed wood. Four branches with diameters ranging from 25 to 50 mm (1 to 2 inches) that lack a visible branch collar will be selected from twenty 5-inch-caliper red maple (Acer rubrum) and twenty Chinese elm (Ulmius pavifolia). Branches that appear to have included bark will not be used. To avoid the potential of one pruning wound influencing another, minimum vertical distance between branches will be 20 cm (8 inches). Two branches on each tree will be randomly assigned to receive one or the other of two pruning treatments in summer 2012: 1) branch will be removed with a pruning cut originating beyond the branch bark ridge and with an angle that is parallel to the trunk, or 2) branch will be removed with a pruning cut angle that is perpendicular to the longitudinal axis of the branch, minimizing the cut surface area. Shape, dimensions, and surface area of the cut will be measured immediately after branch removal. In summer 2014 all trees will be destructively harvested and amount of wound closure will be measured and compared to the amount of the cut surface remaining open, as well as depth, shape, and area of discolored or decayed wood. The cut angle relative to branch bark ridge will be compared as will aspect ratio, cut size, and branch departure angle. 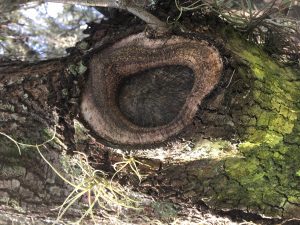 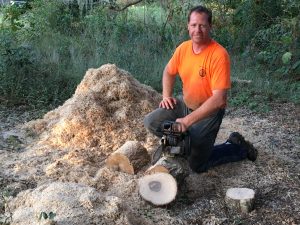 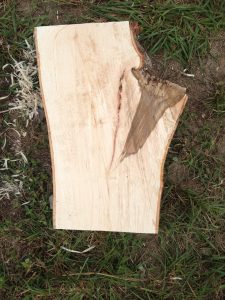 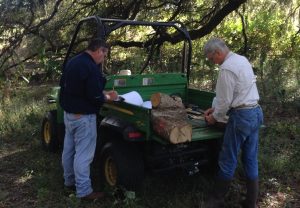