Bare root transplanting of large landscape trees has been on the rise within the green industry and has been featured on television and in trade magazines. Unfortunately, its usage is increasing faster than the knowledge supporting it.  The greatest horticultural advantage of bare root transplanting may be that the majority of the root system can be moved with the tree at transplanting. In contrast, only 10-20 percent of the root system is moved when trees are moved with a standard soil ball (B&B). In the Midwestern climate, approximately one year per caliper inch is required to replace the root system of a B&B tree. If the majority of the woody root system is moved with a bare root tree, only the fine roots lost during transplanting would have to be replaced for the tree to become established. This could take place in as little as one year. Based on this, a five inch caliper tree could establish five times faster than a B&B tree. The broad root spread of bare root trees could also provide excellent stability quickly.

Bare root transplanting of large landscape trees is increasing with the availability of air excavation tools to dig the trees.  The greatest horticultural advantage of bare root transplanting may be that the majority of the structural root system can be moved with the tree at transplanting. Any fine roots that may be lost during transplanting can be replaced relatively rapidly, and the tree can become established more quickly, reducing stress and the duration of care required after planting.

In contrast, only 10-20 percent of the root system is moved with the B&B method and it can take many years to reestablish the spreading structural roots. Our results showed that these large bare root transplanted trees can establish more rapidly than traditional B&B methods, typically in about two growing seasons. This does not appear to be dependent on tree size, whereas B&B trees typically require about 1 year per caliper inch under 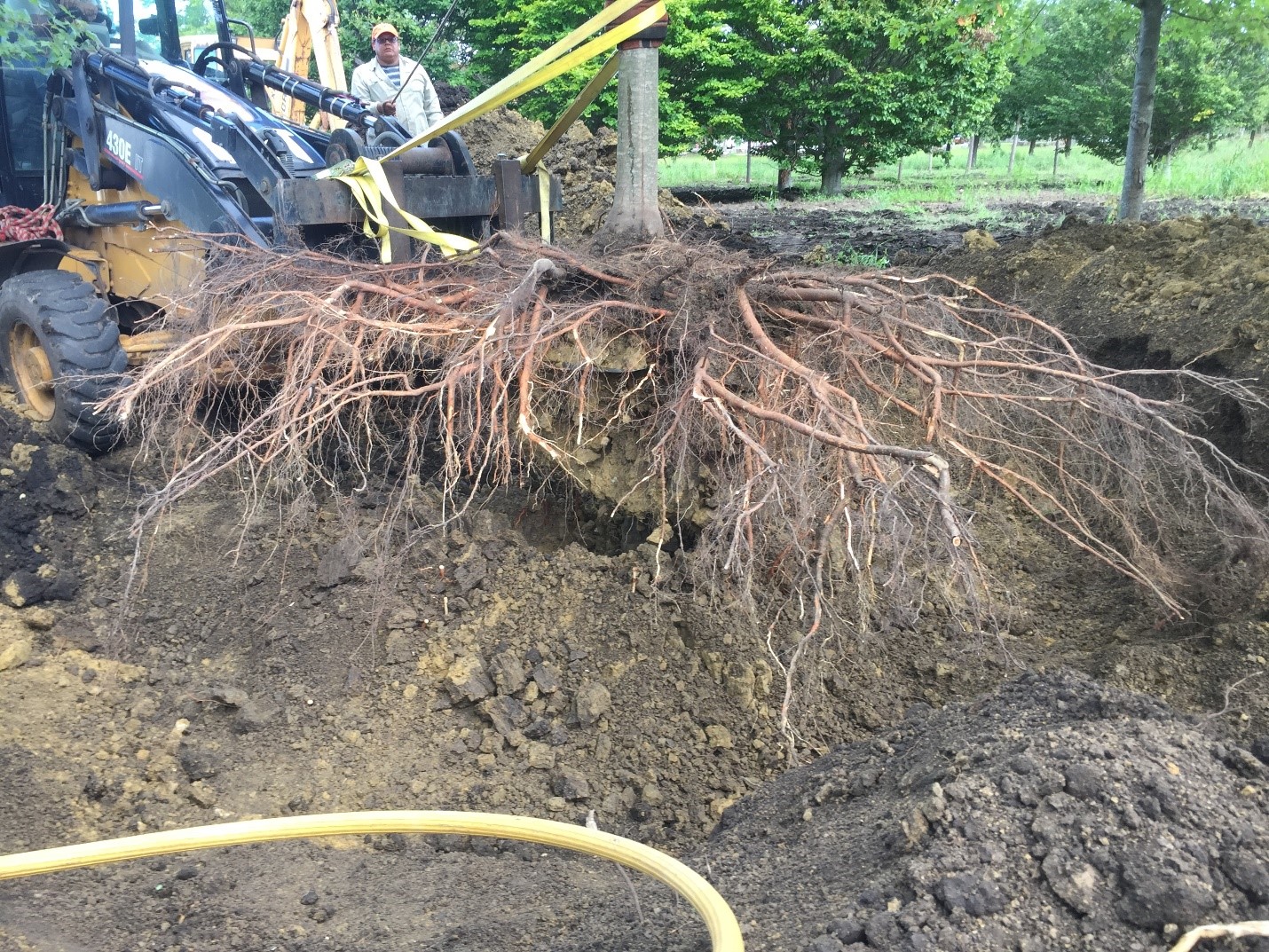 these same Midwestern conditions where the work was done. These establishment times would be shorter in warmer climates, and longer in cooler climates. One thing that did become evident during this project is that moving large trees bare root requires a great deal of knowledge, skill and experience to be successful, and may never become common practice amongst arborists.