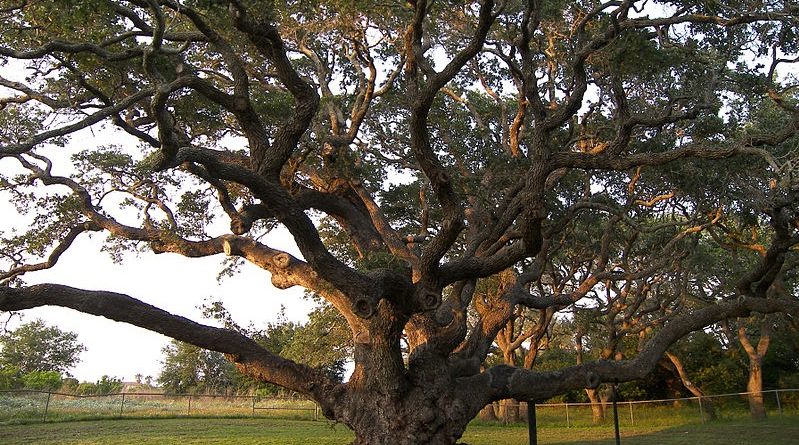 After TREE Fund was organized in 2002 via the merger of the ISA Research Trust (ISART) and the National Arborist Foundation, our very first research awards were made under the Hyland Johns Grant Program, originally established by ISART. This grant program’s namesake was, and remains, one of the great innovators and leaders in scientific utility arboriculture, and he was onsite in 1952 at the very beginning of the legendary “Bramble and Byrnes” research test plots in Pennsylvania, which TREE Fund now administers.

Over the years, TREE Fund has awarded ~$1.5 million in Hyland Johns Grants, and some of our most influential findings and outcomes have emerged from under this program’s auspices. But unlike the majority of our other grant programs, these awards have always been made on a “pay as we go” basis, rather than being secured by a permanent endowment fund that generates revenue annually. As we have often observed, trees are slow-growing, long-lived organisms. Permanent endowments are the best possible ways to ensure that our often equally long-term and slow-moving research programs can continue with confidence that funding will be in place to see them through to fruition.

Two months ago, TREE Fund’s Board of Trustees recognized that our signature program needed such long-term security, and unanimously voted to establish the Hyland Johns Endowment Fund. This new endowment will immediately become an important part of our investment and grant-making portfolio. It will further reduce our dependence on labor-intensive, transactional, retail fundraising to support our scientific mission.

Named endowments and grant programs are often established via memorial gifts, so that their honorees do not actually have the opportunity to see and appreciate the work done in their names. That’s not the case here, as Hyland Johns has been – and remains – an ardent, regular TREE Fund supporter, a great source of wisdom and historical perspective for us, and a mover, shaker, collaborator and networker par excellence within the greater tree care community. It’s always a privilege to let Hyland know what we’re doing in his name, and it’s always a treat when he contacts us to share his thoughts on and reactions to our work.

In addition to being an inspiration and leader on the scientific side of our endeavors, Hyland was also a trend-setter as one of the earliest members of our Heritage Oak Society which honors supporters who have included TREE Fund in their estate plans. There is literally no better way to support endowment funds than by making legacy gifts, which will outlive all of us, continuing the work we care about in perpetuity. The last time Hyland and I spoke, he let me know that he would be honored to direct part of his own legacy gift to the new Hyland Johns Endowment Fund – a perfect, fitting alignment of past, present, and future, a great life’s work now extended and amplified through the generosity of his estate gift.

Endowments and estate gifts are essential to TREE Fund’s long-term success. I hope others may be inspired by the example of Hyland Johns, and join him as members of the Heritage Oak Society.

Click here for the complete, July 2019 issue of TREE Press.