The cyclists, fundraisers and sponsors of the 2011 STIHL Tour des Trees joined forces to raise a record-breaking $512,265 in 2011, and the TREE Fund has set its sights on repeating that accomplishment in 2012.

TREE Fund partners STIHL Inc., Bartlett Tree Experts, Asplundh Tree Experts, Dominion and KASK were joined by The Davey Tree Expert Company and 19 other sponsors in contributing an unprecedented $227,500 in support of the 2011 Tour. 66 cyclists, along with 31 Ride for Research day-riders, pushed the fundraising total past the half-million dollar mark for the first time in the Tour’s 20-year history.

“We’ve had our sights set on that magic half-million dollar mark since STIHL signed as the Tour’s Title Sponsor in 2009”, said TREE Fund President/CEO Janet Bornancin. “We’ve been building on the momentum which STIHL and National Grid created when they signed on as our first Title and Crown Sponsors in ‘09. We had a record breaking year in 2010, and an extraordinary effort by our 2011 cyclists has brought us to the top of the mountain. We’ve set a new standard for the Tour; there’s no looking back once you’ve reached that level of achievement.”

Sponsor and rider recruitment for the 2012 Tour is underway and gaining momentum of its own. STIHL announced in January its commitment to Title Sponsorship of the Tour through 2014, valued at $300,000 in cash and in-kind support over three years. Bartlett followed suit with a 3-year commitment to Crown Sponsorship of the TREE Fund, valued at $150,000 (cash/in-kind) for 2012-14. KASK has renewed its commitment to supply the Tour with custom cycling helmets valued at $25,000, and the Charter members of the Power Source Alliance (APS, National Grid, PacifiCorp and PG&E) each pledged $10,000 to further defray the costs of the 2012 event.

Rider registration opened January 3, and several cyclists were poised and ready with donations they’d begun soliciting in 2011. The 2012 Tour, scheduled for August 5-11 in Oregon, has been generating buzz as a “bucket list” ride not to be missed by serious cyclists. The ride will trace a loop from Portland that includes Oregon’s coastline, vineyards, high desert and Columbia River Gorge, with Douglas firs and Mt. Hood providing the backdrop for a visually spectacular week. The 585-mile route offers challenging cycling for those eager to “riderideride”, with shorter-mileage options available on some of the century (100+ miles) days.

Professor Elwood Pricklethorn (aka Toronto arborist and veteran Tour cyclist Warren Hoselton) has signed on to provide educational programming to young audiences during the Oregon Tour. The TREE Fund expects to add at least a dozen new entries to its list of trees planted by Tour riders over the years. (The 2011 Tour also set a record in that category, with 45 new trees planted in Virginia last October).

The Tour concludes with a 1-day recreational Ride for Research in Portland August 11, and a 20th Anniversary celebration at Portland’s Laurelhurst Park, site of ISA’s 2012 International Tree Climbing Competition and Arbor Fair. Veteran Tour riders Phil Graham and Terrill Collier are eagerly anticipating hosting the Tour on their home turf in August. With the support of Tour Director Paul Wood and a host of local volunteers they’re working to make the 2012 Tour the ride of a lifetime. TREE Fund Trustee and 6-time Tour rider Hallie Dozier was one of the first to sign up. “I am wild about trees and bicycles!” she said. “Riding the Tour is a great way for me to give back, to be “green” and to see our beautiful country!” Visit www.stihltourdestrees.org to learn more or to sign up to ride, volunteer, sponsor or support a rider with a donation. 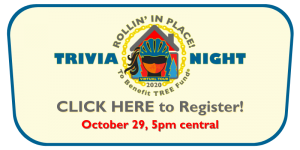